Cannon Diamond founded the parish, built both the temporary (hut) church, the school, the presbytery and the hall.

He was originally from Co Derry, and loved to play golf. He came to us from St. Elizabeth’s Foleshill where he was a curate.

Cannon Diamond was a very caring, compassionate person. He used to say that if the social life of a parish is good, then everything else will fall into place. That may be why he built the hall before the church! 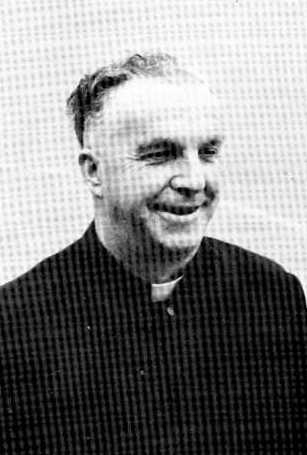 Cannon Diamond was a great influence in education both in the City and in the diocese.

He is buried beneath the church that he built.

One of our parishioners, who at the time was a young girl was in Keresly hospital (now the Royal Court restaurant). She belonged to the Church of England, a confirmed  and regular worshiper. A  curious girl, always asking questions, questions none of her ministers could answer. One day she had an unexpected visit from a Catholic priest.  Fr Diamond, who was able to answer all her questions and visited her regularly while she was in hospital. She resolved to become a catholic and did so when she married a catholic man.

ZENIT – The World Seen From Rome